Your peaceful life in Kichijoji 199X is growing stranger by the minute. As you wake up from a twisted, almost uncomfortably real dream... you receive it. The "Demon Summoning Program": a code subroutine that allows the user to bind willing demons to their command. You soon leave Kichijoji 199X far behind as you find yourself caught between demon factions, fighting to determine the fate of Japan. Their question is simple: will you assist God's legion in assuming control of Tokyo, or burn it all down with the power of the Program? As you and your demons accumulate strength, a strange idea begins to take form... can humanity rise above demonkind to forge a new path forward for Japan? 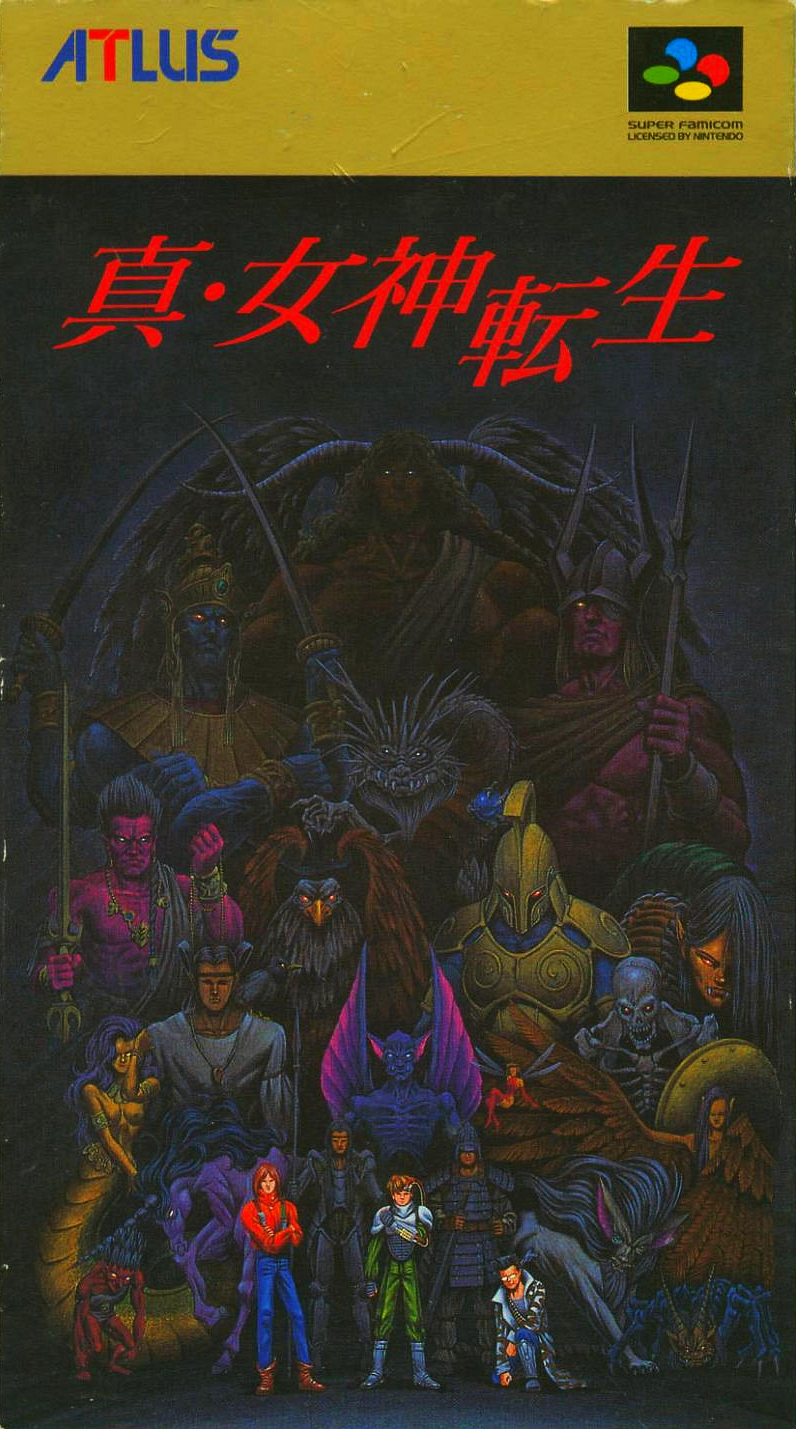 Follow this link to acquire Shin Megami Tensei. It is pre-patched.

Below is a translation of the SNES SMTI manual mirrored from this Pastebin by Orden: